The astrobots are a colony of self-replicating robots sent from a distant Earth to explore the planets near the Earth for suitability for exploitation and colonization. However, something has gone awry with these astrobots, they missed their target and have travelled further and longer than they were ever designed. Now they have manoeuvred into the Cluster, a collection of stars and planets. And during the long travel, the astrobots have become something more than servile minions of Earth, they have begun to think for themselves. As they explore these new worlds, and the wonders and dangers they present, the astrobots will discover signs of ancient beings who once walked these stars. And the astrobots will decide whether to learn who they will become from those ancients or forge a path of their own.

Astrobot Explorers is, in many ways, 2 separate games tied together by an alternating play structure and a single GM. The first game generates content for the second game to explore. They can share players (and always have the same GM) without undermining the sense of discovery in the second game.

The first game is about worldbuilding. The players in this game take on the role of ancient spirits, beings who have sculpted and manipulated the worlds the second group will be exploring. The GM guides the group as they seed details of a planet, including landscapes, climates, creatures, and cultures. During this game, the ancients are trying to impart their ideas into the world, for some later creature to uncover it. However, like any great plan, the actions of the ancients do not always have the consequences they intend.

The second game is about exploration. The players take on the roles of a recently arrived colony of astrobots, launched by another colony within the cluster. The players know little about the planet before arriving, but over time can harvest Data and Resources to help them adapt and learn from the planet, ultimately changing themselves and the planet in the process.

Play alternates between worldbuilding and exploration, generating and then exploring a new planet each time. You can run these as phases within a single session if you favour quick, light-touch play. Alternatively you can play them in alternating sessions, perhaps with different players, and dive into things in more detail. The game works either way. 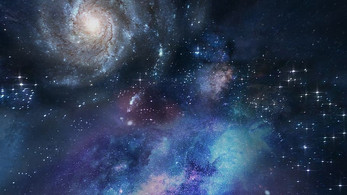