The last of humanity are fleeing across space, pursued by the implacable inhuman adversary that destroyed their civilisation. They're outnumbered and outgunned. Supplies are running low. The actions of a brave few could be all that stands between humanity and extinction.

Welcome to the Last Fleet.

Last Fleet is a PBTA tabletop roleplaying game where you play brave pilots, officers, engineers, politicians and journalists struggling to hold the human race - and themselves - together under unbelievable pressure. The game focuses on action, intrigue and drama in this high-stakes situation. You'll fight space battles, search for enemy infiltrators, tackle supply shortages and navigate faction politics. You'll strive against your own self-doubt and sometimes crack under the stress.

The game provides support to create your own evocative setting, or you can play out of the box as the survivors of the Interplanetary Commonwealth. This fractious alliance of planets was wiped out by the Corax - an extradimensional fungus network that dwells in the tenebrium, the same medium that FTL ships travel through. The Corax attack through spatial rifts, launching spore ships to harry the fleet. Victims are paralysed and have their genetic and neural patterns harvested: everything you know, the Corax now know. And worse, your former friends may see you again, reincarnated as a Corax avatar.

"I had the good fortune to get in on a playtest of Last Fleet, and Joshua has delivered a satisfying and crunchy deep dive into the action, emotion, and escalating paranoia that make up the life of a Rag-Tag (space) Fugitive on the run from a mysterious, implacable, existential alien threat. I'm very much looking forward to having it on my tables to put into the eager hands of prospective CAGs, politicians, and shady operators."

"From the very first session of Last Fleet, our group felt hunted! The tension that arises from just the premise of the game alone--humanity fleeing an implacable enemy--really fueled not just every action scene, but, especially, the interpersonal scenes as our characters reached out, broke down, let loose, and tried to maintain their humanity at the edge of annihilation."

"The beauty of Last Fleet is that you're going to want to put your characters under pressure -- the roleplaying that spins out is just so juicy. It's extremely clever, extremely fun design."

"Black Armada is part of a new generation of PbtA designers who are tackling new concepts in new genres with new ideas. Last Fleet is aimed at replicating some of my favorite fiction, and I'm excited to see Josh exploring concepts of authority, tension, and political pressure through that lens. I can't wait to see the finished game!"

The playbooks each represent a particular personality, approach or set of issues you want to explore. There are twelve:

In addition to your playbook, you can choose a role within the fleet. You can play a military officer, pilot or marine, engineer or scientist, journalist or civilian leader. Each comes with its own special move.

Last Fleet is based on the excellent Powered by the Apocalypse framework pioneered by Apocalypse World. In this case, that means it uses a simple 2d6 based system, with  prompts for interesting, dramatic outcomes from every roll; characters are organised into playbooks that provide everything you need on a single piece of paper; and GM advice is codified into clear principles that tell you not just how the mechanics work but how to get the best from the game.

The only way to keep the pressure under control is by indulging your vices and risking losing control, or by building relationships that matter with other characters. Neither route is risk-free. When you're not putting your life on the line, you're putting your heart on the line.

Scenarios, handouts and other resources for Last FLeet.

In order to download this game you must purchase it at or above the minimum price of $20 USD. You will get access to the following files:

Last Fleet is an excellent use of the PBTA system. The rules deliver on the promise of playing out a Battlestar Galactica-like narrative of desperation and heroism under pressure.

The rules actively enhance the sense of pressure, and provide a narrative framework that will deliver suspense and suprises at every turn.

I ran an extended campaign of this game in 2021, playing out the story of a fleet of desert landships on the run from evil psychic scarabs. The game was a hit with my group, and we

There is only one thing this game could benefit from: more examples of obstacles, disasters, threats and dangers to guide play. You'll have to rely on stealing plotlines wholesale from other shows - it would be nice to have a few random tables that do the work of generating potential plots and NPCs.

I started running this a month and change ago, which means I've had around five sessions scattered over two different games, and while I initially had my doubts -- both about the level of 'desperation' that the dice set up and the general difficulty of running the setting, I'm pleased to report that, frankly, Last Fleet is amazing.  If you have a group of players who are willing to lean in on the desperation and things-going-badly because there's no way this ends well sort of scenarios, the game practically sings.

The outcomes from the various moves are well crafted, and the Pressure system is super smooth.  If I have one concern, it's that XP seems to get doled out a little...irregularly, and that keep track of when it comes in has been a little tricky, but I expect that will smooth itself out with more experience.

Really enjoying this game, and looking forward to playing more of it.

Thanks for your thoughts! 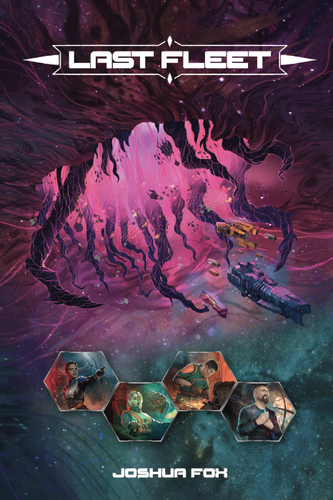 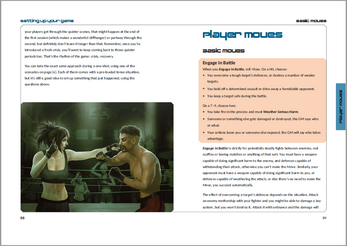 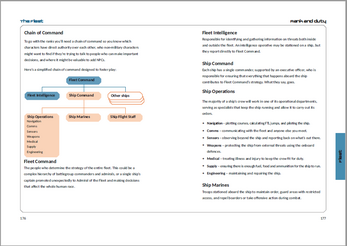 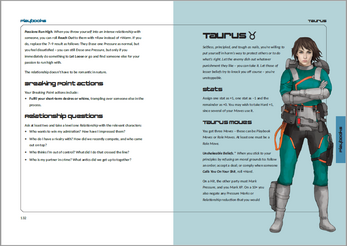